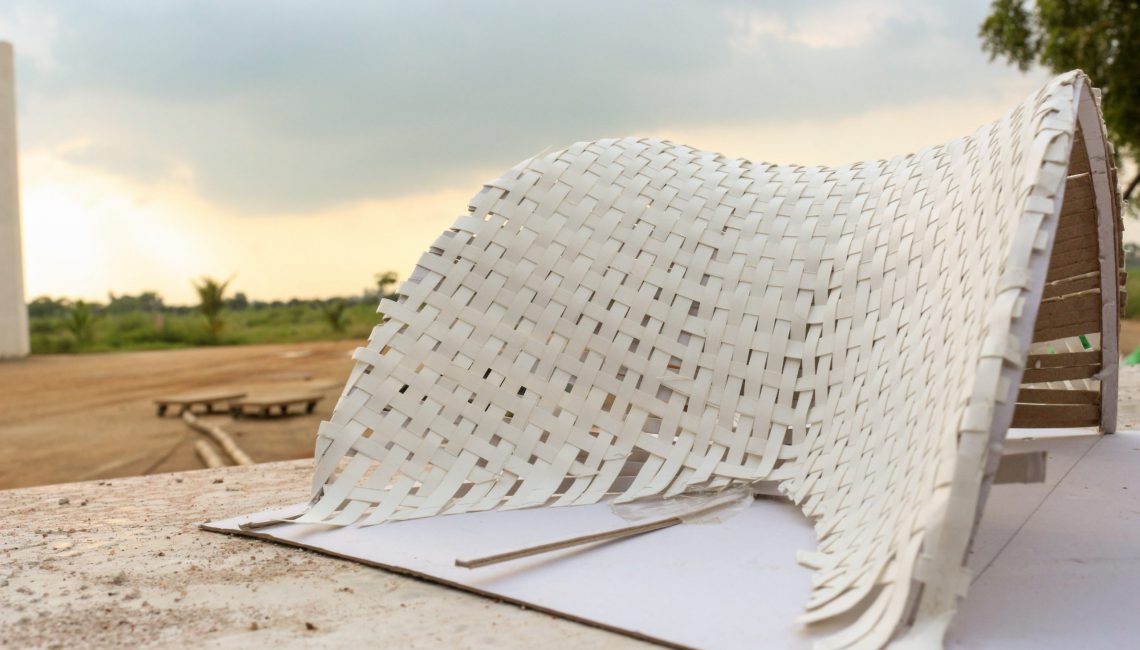 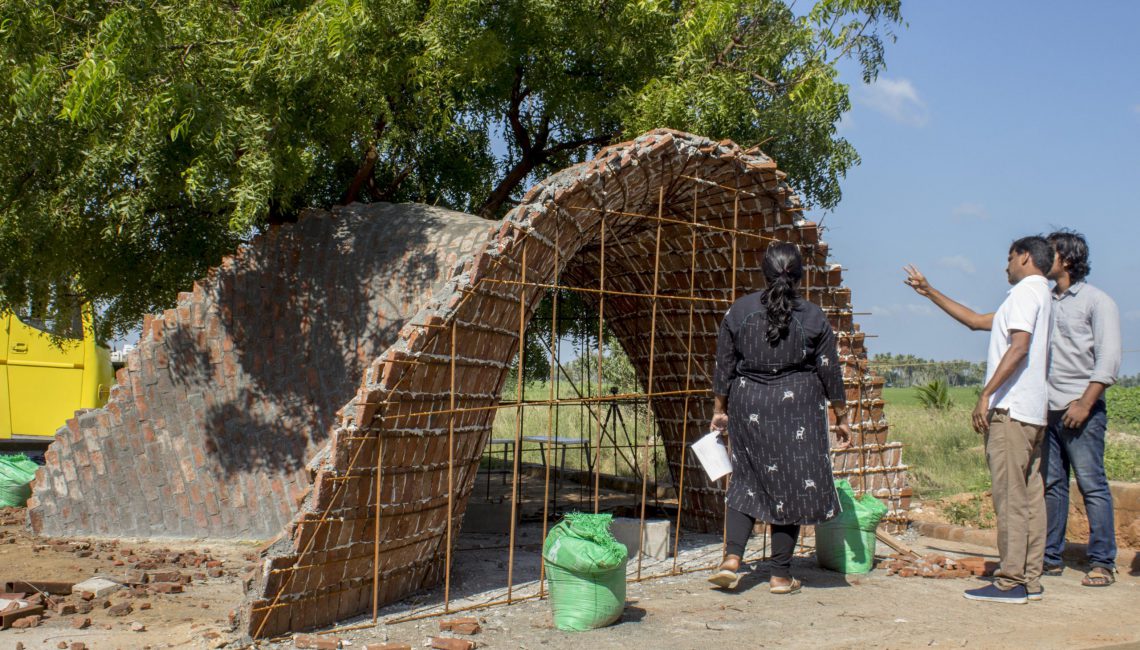 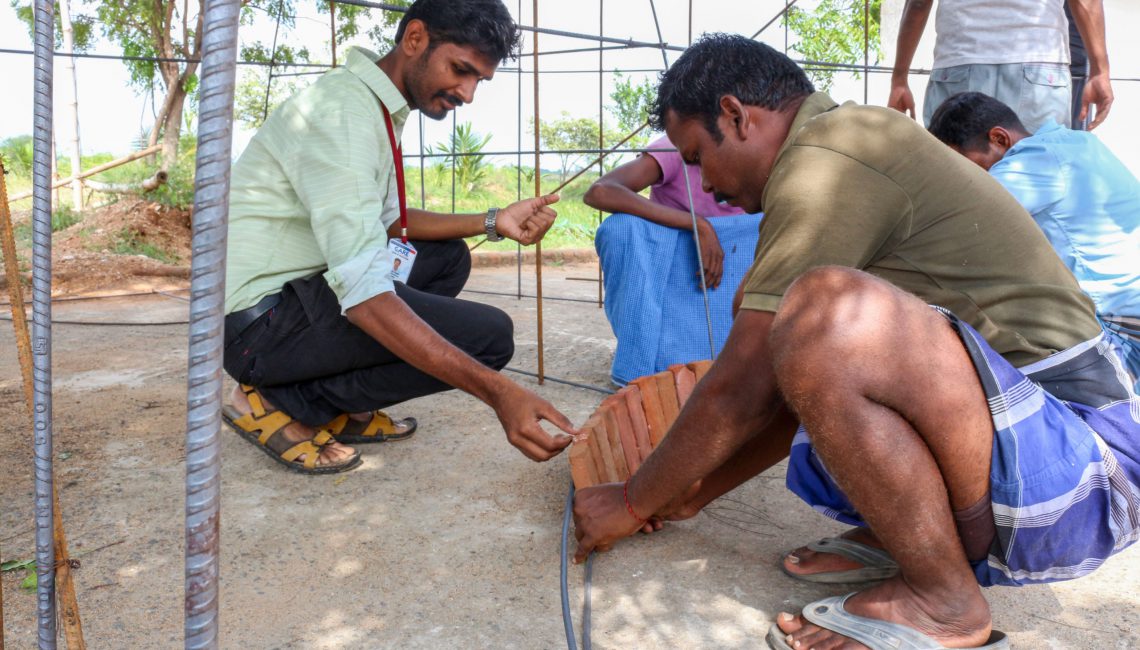 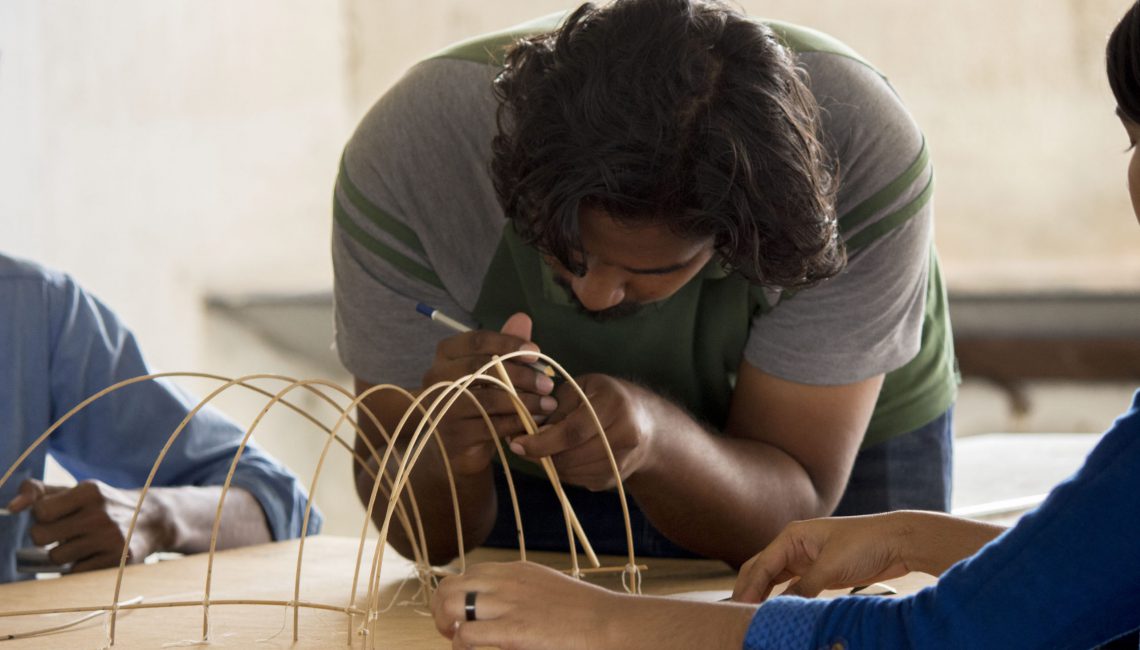 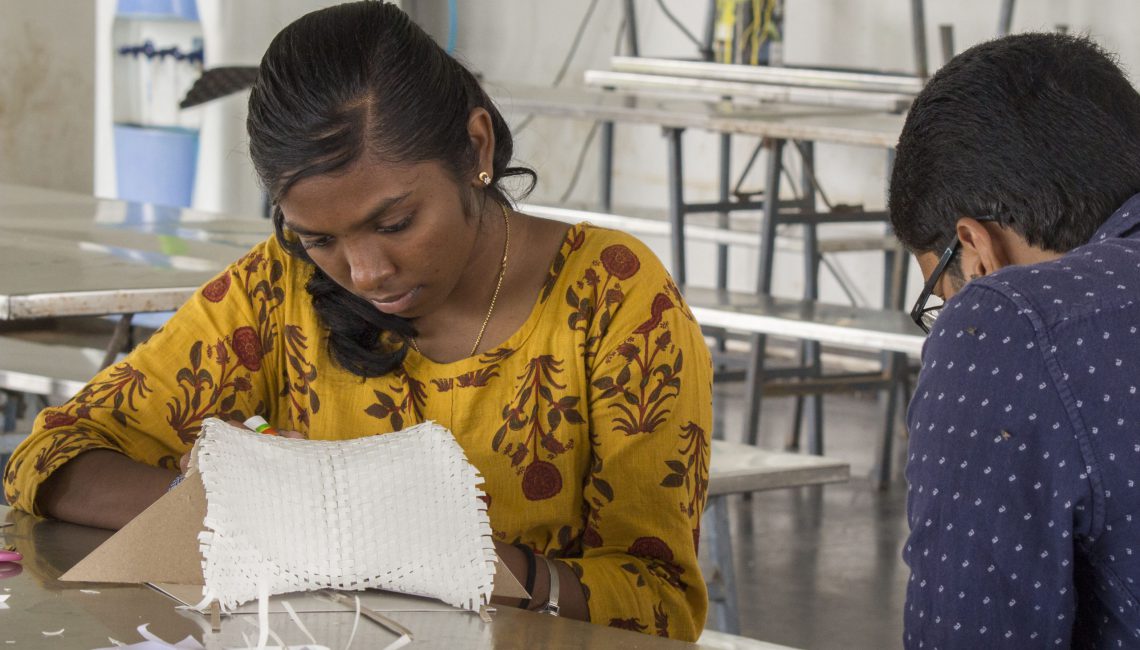 By Ar. Pintto George E A

It all started with a simple catenary curve.

In the beginning a brief study and experiments were done on catenary, It’s nature and behaviour.

“a catenary arch has the ability to withstand the weight of the material from which it is constructed, without collapsing.”

STRUCTURE AS A FORM

The overall structure or form proposed was purely based on catenary. Multiple options done with certain parameters. The structural form was finalised with respect to site, scale and complexity. The form was continuous sinusoidal – segments of five, circular in plan.

Standard mud brick of size 225mm x 112.5mm x 75mm was used with cement mortar. The ultimate aim was to use natural materials cost effectively. Three layer of bricks were used with different patterns for stability. The first layer was bonded with POP (plaster of Paris) for quick setting the other two layer with cement mortar.

The sinusoidal form had structural issue resting on the earth during the construction. The overall form had the stability but while constructing segment by segment the load didn’t take care with the other segment.

This technique was introduced as it requires minimal form work and to reduce the thickness of the structure (shell) also its has better binding nature with the use of flat brick.

The form was a simple geometry with less complexity without distorting catenary was arrived. In this phase the construction was same as the previous form but only changing the brick size ( flat brick ) and the technique.

The structure was successfully stable without any structural issues. The only drawback was brick wastage and improper joints while laying.

In this phase the form had little complexity with symmetry and also the span was increased. An ideal geometry was drawn diagonally over the layers to avoid wastage of bricks with prefect joints.

The drawbacks of every phase were taken care and improvised in the next other phases.

Timbrel vaulting or catalan vault is a construction technique using thin bricks or light bricks,without the use steel or any reinforcement.

There were several attempts in succeeding the task previously in which there were some failures and victories.

This thin tile vaulting originated in Rome in the late 14th century and was widely used in the mid 16th century. Mr.Senthil has taken interest of this and has done variety of experiments,study and research to crack the code behind the mechanism using catenary curves. The materials which were used are thin bricks,plaster of paris,m-sand and cement in small amounts. A formwork was made using steel placed and bricks were layed accordingly using pop and m-sand mortar as first layer , and the second layer of cement and m-sand at  angled rows and the third layer of opposite angled rows of the same bricks once the laying is done the steel formwork is removed and the steel cam be reused. These types of vaults can withstand great compression .Catenary arches are strong because they redirect the vertical force of gravity into compression forces pressing along the arch’s curve, which makes them strong.